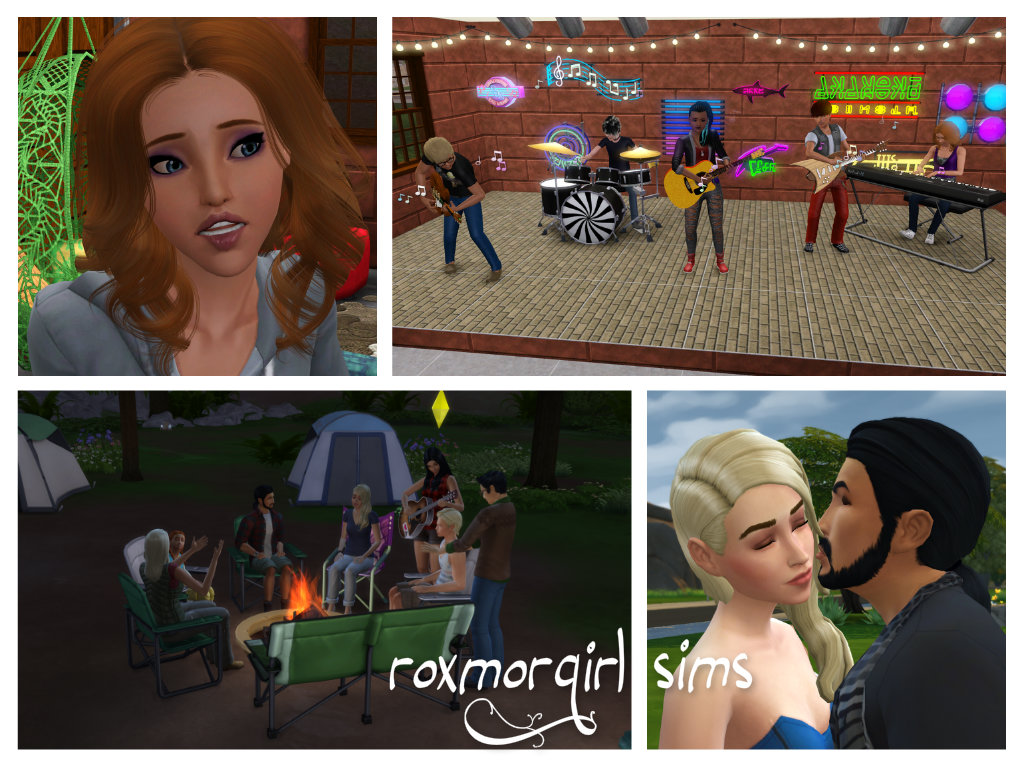 So, here you can find links to every chapter of every legacy I write! Are you a newcomer, and want to read the Richmonds from the beginning without bothering with LJ's archives? (Unfortunately, the first 2 and a half generations were on thesims3.com, so the pictures have been lost forever :( ...But you can still read them xD) Have a random urge to reread Reina's generation but don't want to sort through all the random extra entries I post? (There were a TON of them that generation, lol). Want to read the two generations of the Carraways that have been written? Want to link to this page using an affiliate badge? Want to download a Richmond, Carraway, or Atwood? These things and more I can provide you here! Enjoy!

Hi again! Time for more Targaryens. This chapter is another one following some of the spares for most of it, which I know is probably less interesting, but I was having fun playing new Get to Work stuff, plus I wanted to see how the kids turned out! So hopefully you enjoy :) And we do go back to the main house toward the end of the chapter! 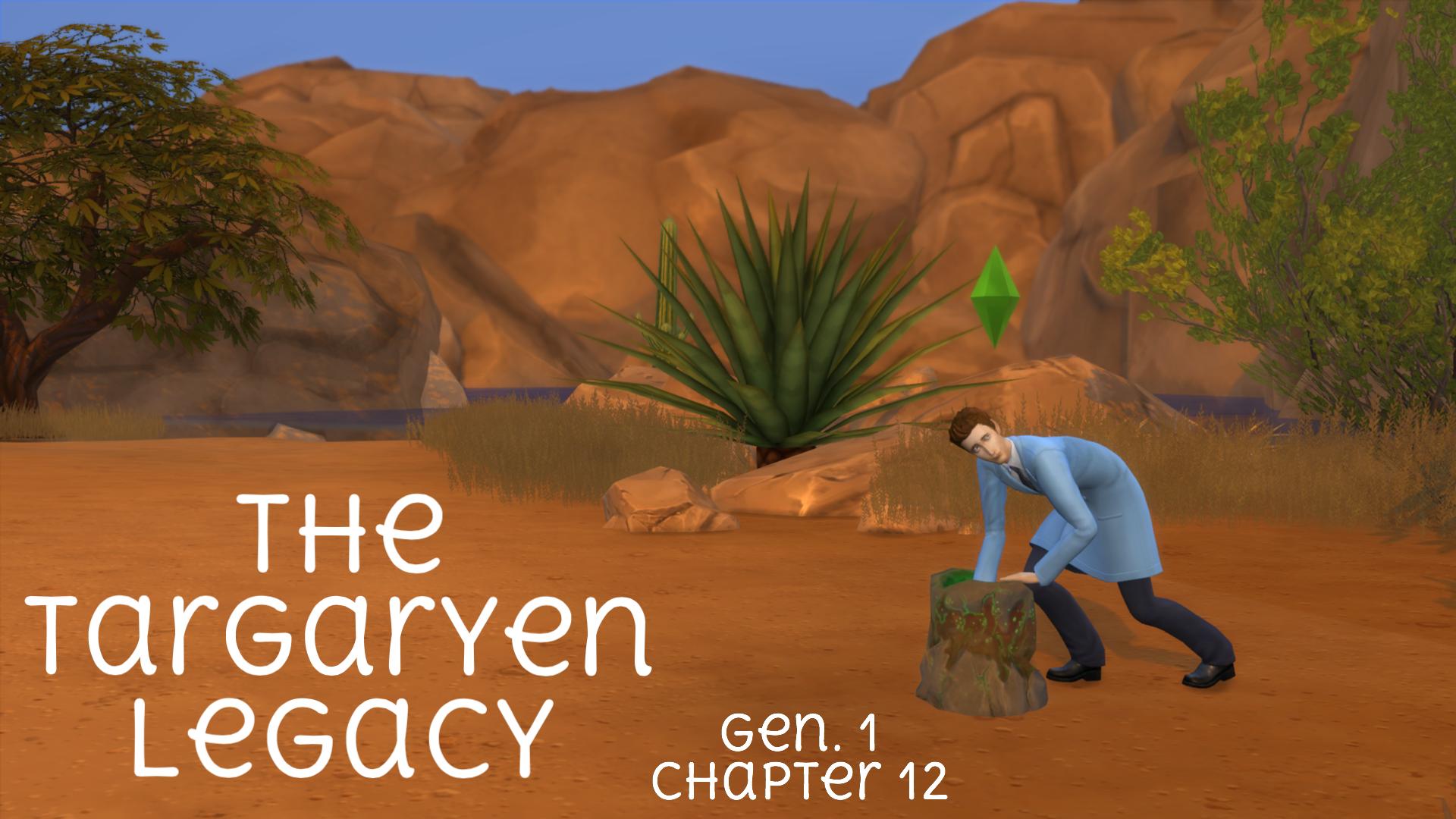 Not related to sims at all, feel free to skip over (or read and commiserate with me haha)

Hi! I just posted a Targaryen chapter, which you have probably seen. Something I did that you probably haven't seen (since it's a stickied post, and won't show up on the feed) is updated the archive! It now includes Targaryens (it's about time). Also a new header image, more in line with which legacies I'm actually working on haha.

And here's another plug for my simblr! Leith is my middle name so that's where that username comes from. I'm a bit tired of 'roxmorgirl,' which I came up with when I was about 11. Now that I'm on the way to 22 I'd kind of like something new! But I'm not sure 'leithly' is really it... I just kinda needed a username :S

Finally, wanted to let you all know that I've been writing lots of Atwood material! I have a fairly sad (if I do say so myself) turn of events in mind, which I think is something you'll like. (In a "wow that was evil" sort of way... though not

tale_legacy level of evil I'd say.) The thing now is getting myself to actually open the game and take pictures. It's just that it's so SLOWWW especially compared to TS4. I really need to clear out my CC, which will make all my issues go away! I just haven't felt like it yet.

But! I have a four-day weekend ahead of me, so hopefully all of that will get done :)

I hope you all are doing well~

Hellooooo~ Wow, I'm so sorry (again... like usual...) for how long it's been between posts. I have no excuse, other than being a senior in college I suppose? Although it is summer, I am taking a few classes still. Those will be over June 12, and then I will be super free. Right now I am still pretty busy :/ BUT I have decided to make a real effort to post more, because I do have time, I just have been using my time for other things lately. And I miss sims, and I want to get back into it! Lately I've been playing a ton of Cities: Skylines. If any of you like Sim City or games like that, you should absolutely play this game, it's amazing. I've put like 50 hours into it in the last few months, despite how much I have school and work and other things haha.

Another thing is that I've made a simblr! I still don't really get how tumblr works haha, but here's the link if you want to follow me on there! I'm going to just start posting highlight pictures from the Targaryens starting at the beginning... hopefully it'll be fun!

Okay, now I'm going to stop talking and let you read the chapter! 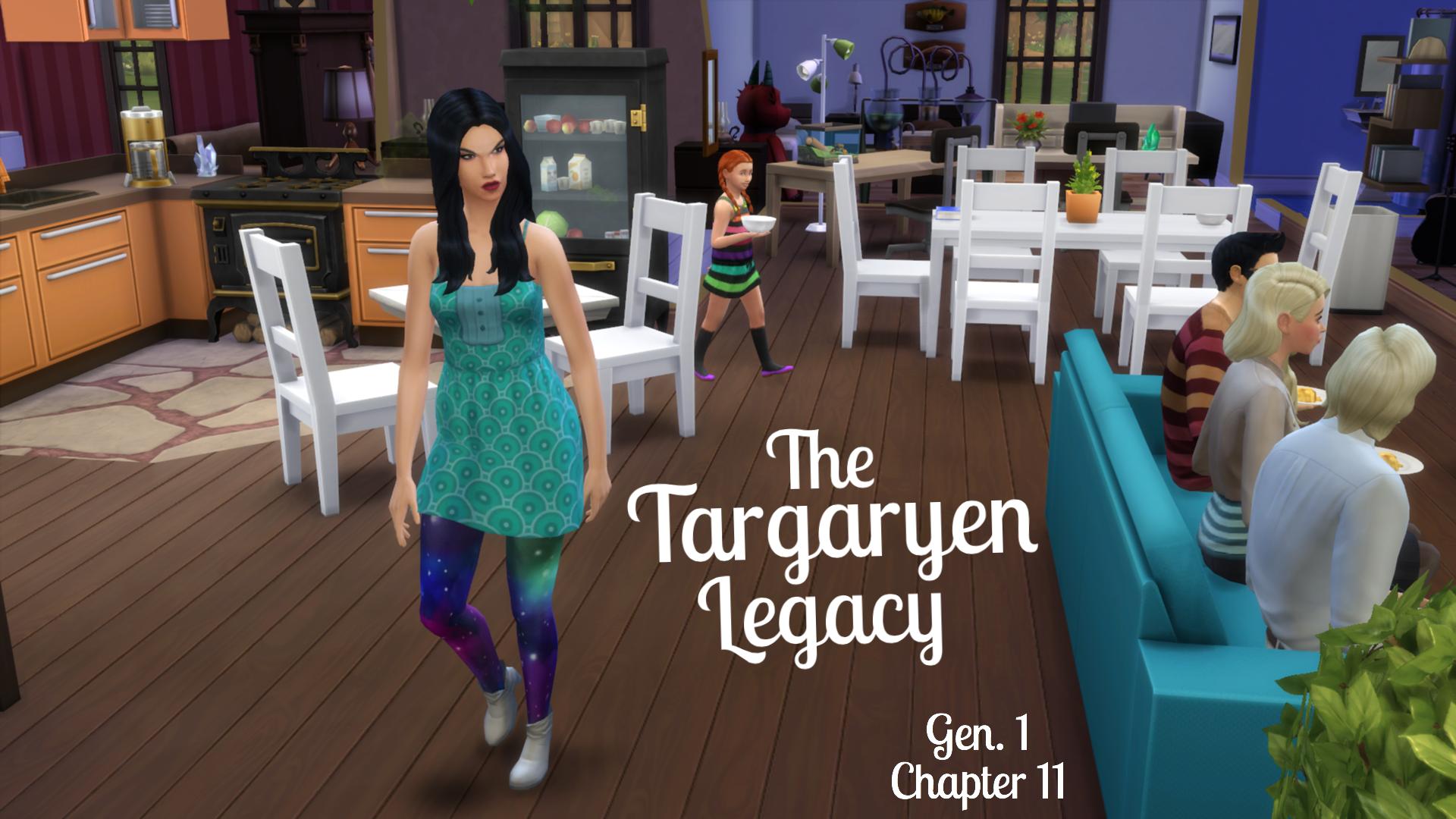 Last time: Drogo continued to be ridiculous, Alysanne was chosen officially as heiress for generation 2 (we will start categorizing this as gen 2 when Aly's first baby is born just btw), Aemma got pregnant with her boyfriend The Doctor/David Tennant, and Rhaego started dating a sim I made named Allison. Because that's not similar to Alysanne or confusing at all.
( Collapse )

FIRST OF ALL GAME OF THRONES IS BACK ON AND I AM MEGA PUMPED ABOUT IT
Seriously though the last episode of season 4 was on in June, and I've been waiting since then (that is more than 9 months people!) for season 5. AND IT'S FINALLY HERE!!
So I was so excited about it that I actually re-watched all of season 4 over the weekend. Approximately 3-4 hours per day, Friday Saturday and Sunday (and then the new episode of season 5 on Sunday night). AND IT WAS AWESOME
And that's totally relevant because this legacy is named after characters on that show. I know some of you guys watch it so if you want to discuss the episode LET'S DO IT

In other, more relevant news, I have played SO MUCH of this family holy shit. I got Get to Work and I messed around quite a bit with that using different sims from this family, and yeah. I played a lot. Now I have like 4 chapters' worth of material, maybe more (haven't sorted it all yet). This author's note is now getting ridiculously long so I'll shut up - enjoy the chapter! 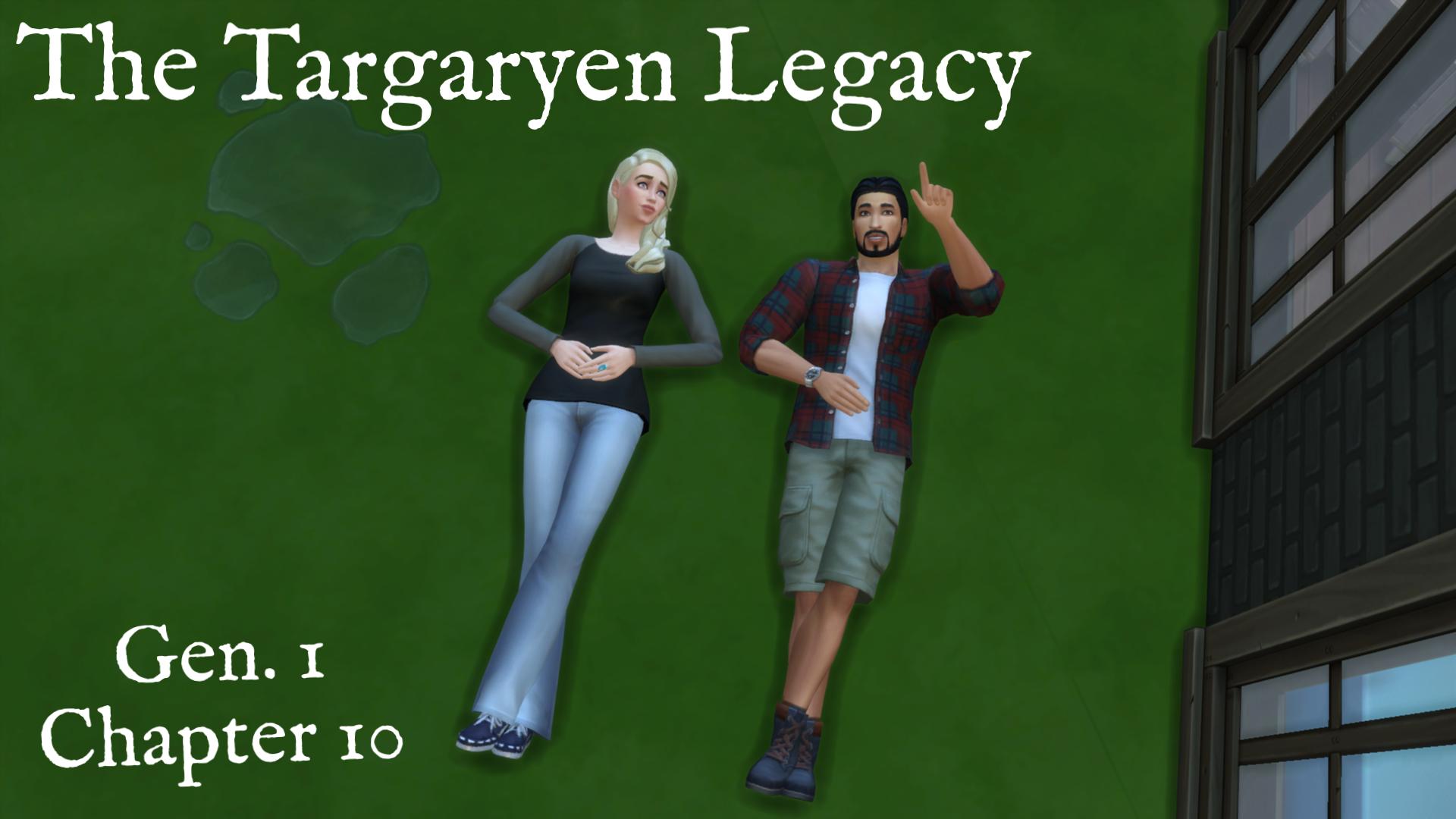 It's time for an heir poll!!! The five Targaryen kids are all wonderful, but you have to pick just one to carry us into generation 2!

If you haven't read chapter 9, head on over here first before you vote!

On to the heir poll!

Welcome back to the Targaryen Legacy! This is a super-long chapter (like 121 pictures long) but it's the last one before our heir poll so I wanted to smush it all into one! It's totally going to be too long to post as one entry but I'm going to try anyway. I'm excited to put out the heir poll so I can continue playing, so let's get on with the show! You'll notice that this chapter involves camping! This is the first expansion-y thing for the Sims 4, not an expansion pack but a "game pack," which was half the price of an EP. I enjoyed it, personally! It has less features and additions than an expansion pack but more than a stuff pack. It was fun to play! 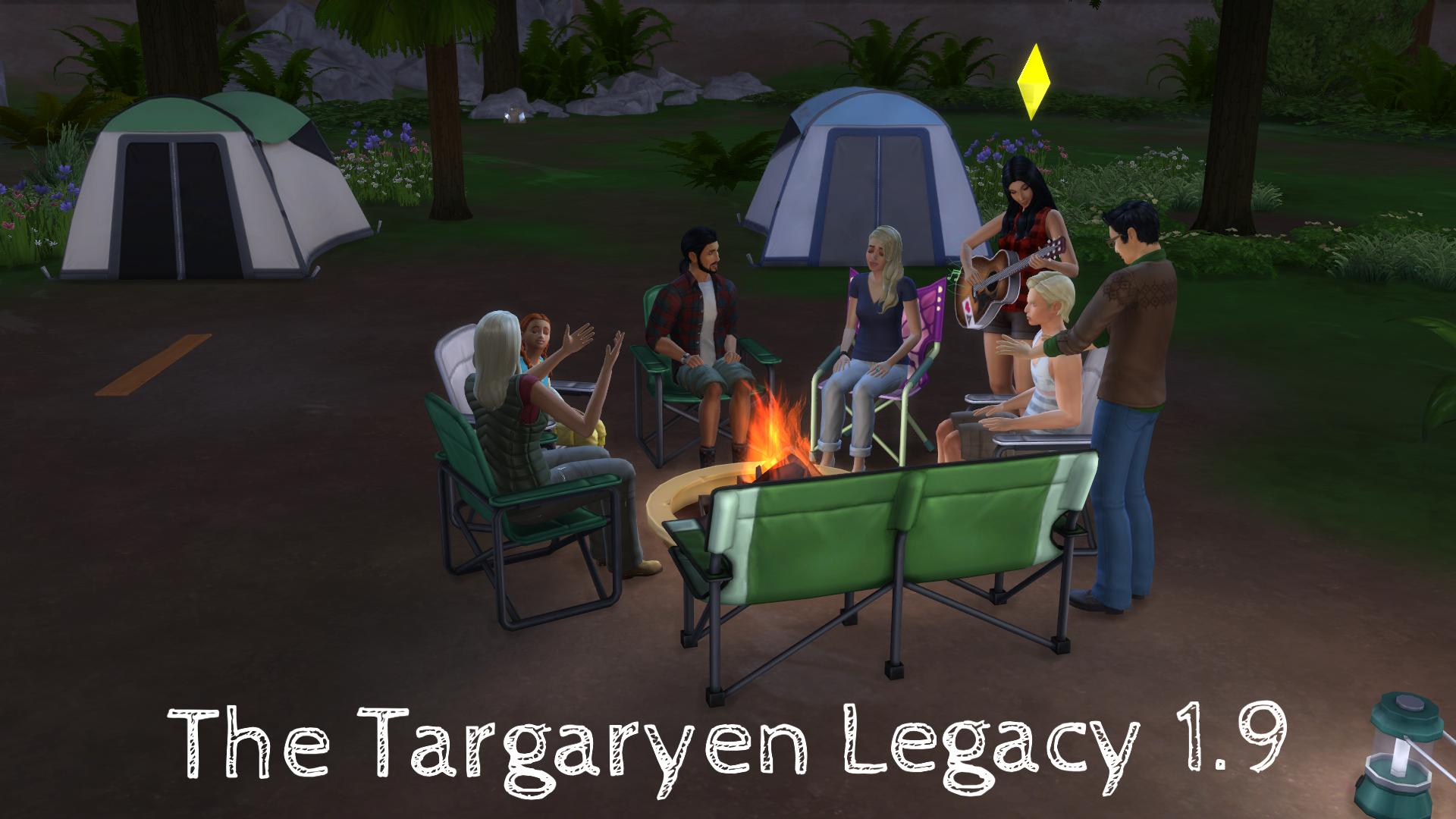 Hello again! Welcome to another chapter of the Targaryen legacy :) I feel like I should have something more to say here but I don't really, so, enjoy the chapter! :P 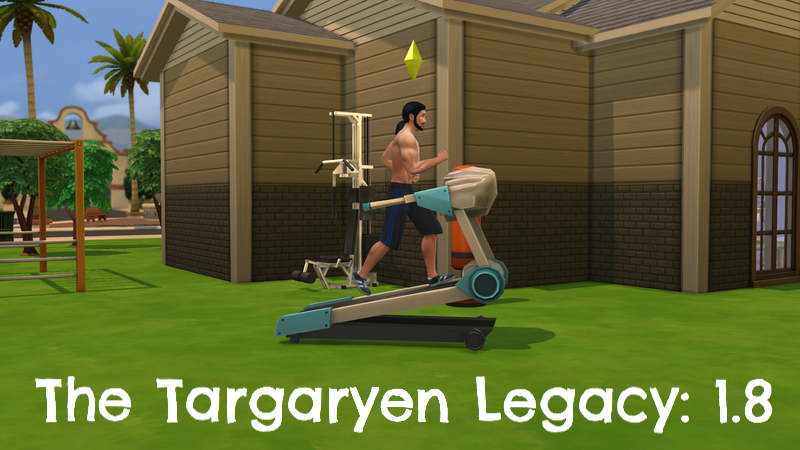